Want to Make a Change, Start with Your Blog!

AMP stands for Accelerated Mobile Pages and it is a framework provided by Google that helps pages load faster on mobile devices. The basic principle of AMP is to lighten the pages by structuring HTML in a common and predefined ways.

According to Wikipedia, AMP frameworks consists of 3 components: AMP HTML, which is a standard HTML markup with web component; AMP Javascript, which manages resources loading and AMP Caches, which serve and validate AMP Pages.

A website which is using AMP Pages will get following benefits compared to non-AMP pages.

Last week, my friend bought a 32GB San Disk Pendrive and he told me the pendrive won't allow him to copy files once the device space is filled to 18GB. I suggested him to run chkdsk command and repair the device. However, all the efforts were wasted. I started searching if others are facing the same issue, and there were many. At first, I thought it was a fault for only San Disk Pendrives, but other manufacturers' devices were also showing same issue.

Later, I read this article that solved my query "why the pendrive won't allow me to copy beyond some limit even if free space is available". I'll try to explain it in a short way.

Basically, a pendrive/memory card/flash drive or any other usb devices that won't allow you to copy beyond a certain limit are fake devices. Yes, fake devices. There are two types of fake devices:

Type 1 Fake Device : Allows you to copy files to full memory space, but the files after some certain space will get corrupted and non-existant on viewing via File Manager.

In my early days of blogging, I had hard time designing a premium squeeze/landing page for blogger. I remember going through one of our post titled "How to create a landing page in blogger" by Satbir Patel. It helped me a lot on from where and how to start designing a landing page.

However, the job was not easy. It took a lot of efforts and time to come up with design and making it responsive. Because of this, I had a feeling to shift to WordPress from Blogger. But for some reasons, I planned to stick with blogger platform and dropped my plan to design a landing page for blogger.

Few weeks ago, however, while searching for new design concepts in blogger, I noticed a lot of premium landing pages freely available for blogger. I was so amazed by their design qualities and features that I planned to create my personal portfolio page. It felt premium and therefore, I thought to share all available landing page themes with you all.

Yesterday, I was helping one of my friend to design his website. It was a business based website and the task was meticulous. Somehow we completed it after working for four hours straight. We were totally exhausted. And we were in need of some refreshment.  He suggested me to look up for some funny memes and jokes.

Then, I started browsing Reddit and I remembered I had once saved a post titled: CSS Puns! Can you come up with more? from r/web_design to read for later. I started going through comments and they were ridiculously hilarious. I shared the same post with my friend, and we were laughing so hard that it started to hurt my stomach.

Later on, he advised me something -- Aman, why don't you share CSS Puns (Funny CSS Jokes) with your readers? I told him "In twistblogg, I normally post tutorial and how-to based articles. I have never shared jokes before." He said -- "OK! Cool. You can always add something extra." That same night, I thought "If I can make at least 5 people laugh, then that means a lot." Moreover, I started TwistBlogg with an agenda -- to help my fellow readers solve their problem. And a bit of smile is always good for body and mind. So, I made my mind, and come up with this list of funny CSS jokes. 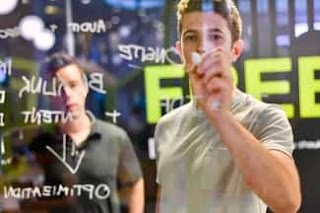 How do you rank your blog in the first page of search engines? How do you gain more organic traffics? What settings to implement in blog to make it SEO Friendly? Do you need to buy advertisement? How long does it take to get your content indexed? What are the techniques implemented by popular websites? I’ve shortened every single thing you’ll ever require to learn how to get higher rank in search engines. Follow the most precise blogging techniques and strategies, you required to use for becoming a successful blogger. No trick. No game. Just to help you build and grow your blogging business for free.
Rank your contents easily
Yes, Grant Me Access!
🌟 Popular Plugins

Social Share Buttons help readers share your content on different platforms, hence creating a chance to attract more readers. There are many ways to install these buttons in your website. One such way is: Adding Floating social widget that floats on the same position when scrolled. Our plugin comes in handy with 9 social channels, and does not make any external API calls, thereby not impacting web performance. I've added a smooth animation on hover to make things more interesting. Also, you can either select circle or square version depending on your web design. No trick. No game. Just to help you get premium blogger plugins for free.
And, It is a responsive design!
Add To My Blog!

CSS PUN Of The Day