There are a lot of storage devices like pendrives, memory card, microSD, SDD and HDD and it is important to know if a storage device you have bought is original or fake. With this simple trick, you can easily recognize counterfeit pendrives and memory cards. Last week, my friend bought a 32GB San Disk Pendrive and he told me the pendrive won't allow him to copy files once the device space is filled to 18GB. I suggested him to run chkdsk command and repair the device. However, all the efforts were wasted. I started searching if others are facing the same issue, and there were many. At first, I thought it was a fault for only San Disk Pendrives, but other manufacturers' devices were also showing same issue.

Later, I read this article that solved my query "why the pendrive won't allow me to copy beyond some limit even if free space is available". I'll try to explain it in a short way.

Basically, a pendrive/memory card/flash drive or any other usb devices that won't allow you to copy beyond a certain limit are fake devices. Yes, fake devices. There are two types of fake devices:

Type 1 Fake Device : Allows you to copy files to full memory space, but the files after some certain space will get corrupted and non-existant on viewing via File Manager.

But what if you have a 2TB flash drive? It might take a lot of effort to figure out whether it is a fake device or not. For that reason, we can make use of available tools such as h2testw, f3read, f3write and so on to verify whether a USB device live upto claimed specifications. This article will focus on Windows and Linux users only.

Windows Edition : Test if a USB device is original or not

This is the Windows edition of the trick to figure out whether you have bought original pendrive/memory card or flash drives.

H2testw is a simple, free and portable tool used to verify if a USB device is as per the specs. It is super easy to use and supports almost all types of storage devices including SDD, microSD and hard drives. You can even choose the amount of data you want to scan. Here is the layout of h2testw v1.4. You can download it from here. 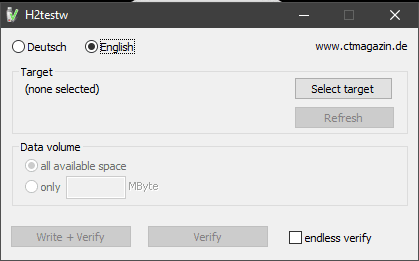 H2testw performs Write operation in the device and returns "Test Finished without Errors" on success. If your device is not original, you will get a message like "The media is likely to be defective."

PS: Take a nap and come back to see if your pendrive/memory card is original or not. 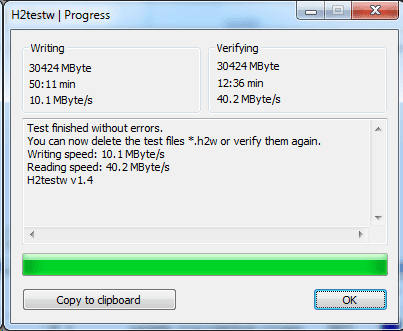 Linux Edition : Identify if a Pendrive/Memory Card I bought is original or not

This is the Linux edition of the trick to find whether you have bought Original Flashdrive/pendrive/memory card or any other USB devices.

What is f3 (Fight Flash Fraud)?

f3 is a simple open source tool that lets you examine flash cards capacity and performance to see if they live upto the claimed specifications. This tool performs two operation : Write and Read operation.

In Write operation, f3 writes data to all available locations in a pendrive and outputs the result in terms of Free Space. A result with Free space of 0.00 Byte is what you will be expecting for originality.

In Read Operation, f3 reads all available data in a pendrive and outputs the result in terms of Data Lost. A result with Data Lost of 0.00 Byte is what you will be expecting for originality.

Download the f3 tool from here and get started with the tutorial for testing if a flash drive is original or not.


1) Extracting the compressed files to a folder.

This is a very simple step. You already have a zip or a tar.gz downloaded, extract that file to a folder. Either extract it with below command or many Linux Distros have in-built file extractor. 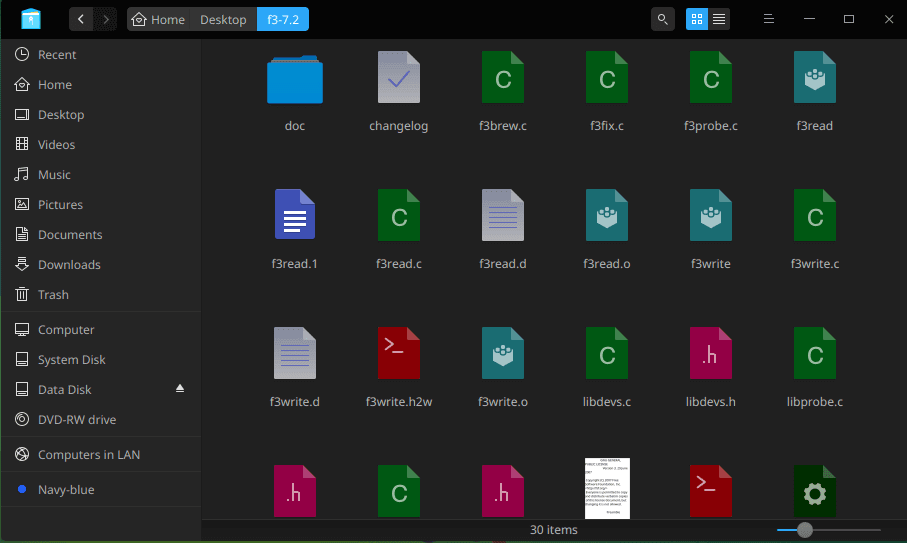 In step 1, we have extracted all files in a folder. Now, we will open a terminal and change our directory to that folder. This can be achieved in two ways.

3) Building the File to test the USB originality

Enter the following piece of command in your terminal to install the required files. You may need to type your password: sudo make install

Next step is testing USB drive for write operation. Follow the below steps.

The above command will write files in your pendrive/memory card to all available locations.

If your pendrive/memory card is original, you will receive Free Space: 0.00 Byte
If not, there will be free space remaining.

PS: Be ready to grab a coffee, the task will take significant time to perform write operation depending upon your device. 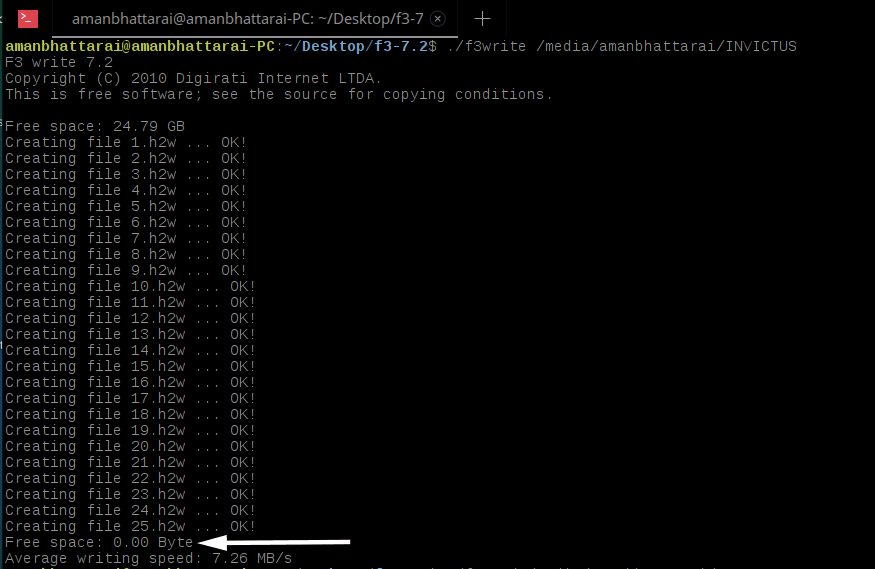 If your pendrive/memory card is original, you will receive DATA LOST: 0.00 Byte
If not, there will be some data loss. 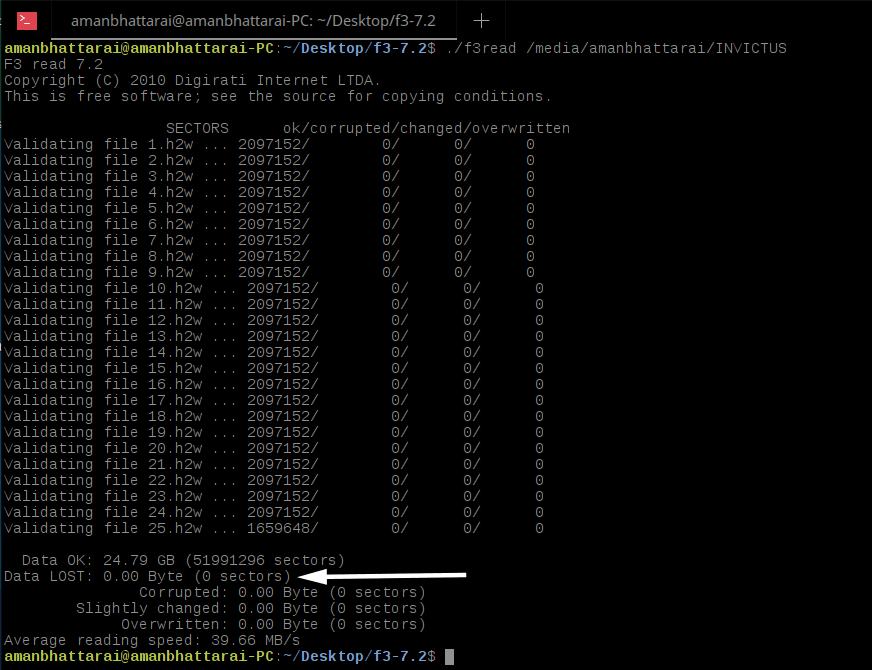 That's all. A simple trick to test pendrive/memory card for originality in Windows and Linux. In case, you're not able to follow the tutorial, leave a comment.  How did the test go? Share your result. Have a wonderful day.

So, what's next?
Following are some amazing handpicked tutorials for you to read next :